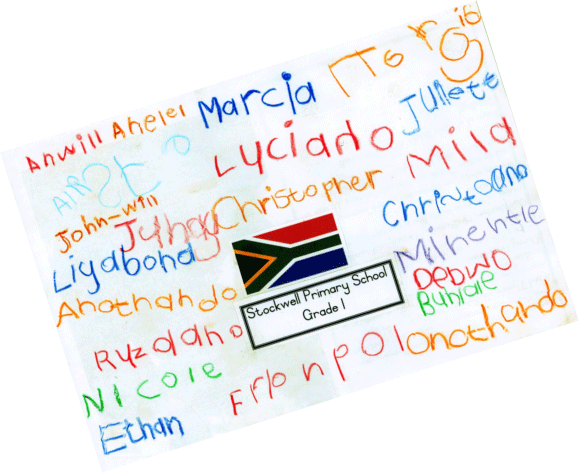 We were first introduced to Stockwell School ZA in 2008. At that time the school was supported by a local church in Montagu, a village about 5 miles away, in the Western Cape Province. The church provided the pupils with hot soup and ice creams in the summer. The church also took charge of donations to the school and how the money could be used.

When I returned to the UK, I asked Barclay school if they would be interested in supporting the school in SA to provide a better educational environment for the students. There was no hesitation and the support for Stockwell School took off in a big way.

The pupils of Barclay School undertook many fund-raising activities and, over the years, this has provided many things for the school, especially items that were necessary to the school but not essential. Every year we took out stationery, books, sweatshirts and PE clothing, which enabled them to sample just some of the things students in the UK take for granted every day.

As the school has no water supply, the money raised enabled us to provide rainwater tanks to collect water for sanitation. A cooker was also added so that daily hot meals could be prepared for students every day; for some children this would be the only hot food that they might receive in a day.

Owing to its rural position, the school can be a target for thieves and one night the corrugated iron roofs from the two classrooms were removed, and many items were stolen. This meant that the next portion of money was used to provide a wooden building so that a resident caretaker could be employed. This proved a good deterrent and she now lives in a much larger wooden structure and the original building has become a library. Nothing is ever wasted in South Africa!

Photos of these buildings can be found in the albums section.